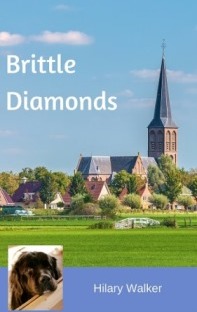 When I first moved to the States from England in 2001,  I was also in the process of returning to the Church after many years of anti-Catholicism.

The transition from Europe to the United States was a tough one, but that isn’t why I came back to my faith. It was actually from reading a book my mother-in-law gave me by Charles Stanley, about whether one could be certain of eternal salvation.

I like to joke about how a book given to me by a Baptist lady brought me back to Catholicism! But that’s a topic for another day.

The point is, here I was, finally reconciling with the faith of my youth. I was only taking baby steps, but at least making the effort to go to Mass every Sunday.

We had a wonderful, huge church called St. Michael. I could be anonymous among the thousand or so parishioners, and no one talked to me or made any demands on me. I could come and go unnoticed. It was perfect.

Father John, the parish priest, was phenomenal with a wonderful sense of humor. His sermons were interesting and thought provoking, and I looked forward to hearing what he had to say every week.

I’d been listening to him for about three years when he suddenly said something that neither I nor any of the other parishioners wanted to hear.

Allegations of sexual abuse had been made against him and he was being suspended from his position.

Many victims were now coming forward after years of allowing themselves to be paid off in return for their silence. What a terrible time to return to the Church! I’d just got back into the routine of being Catholic again, and now this!

Of course none of us wanted to believe that our beloved pastor had done any of the awful things he was being accused of.

I wanted Father John to be innocent, regardless of what people might say.

I carefully listened to his repeated defense, that he had been a blameless priest for the past thirty years.

But, I noted, the allegations against him dated prior to thirty years ago. Could it be that he was guilty yet trying to make it sound as if he weren’t?

Shaken to the core, I needed an outlet for my frustration.

I began outlining the rough draft for a novel which tackled the sore topic of sexual abuse in the Catholic Church, and Brittle Diamonds was born.

While I was writing the book, Father John was found guilty of the charges against him and defrocked. It was a horrible shock but it made me even more determined to finish my book.

I set the novel in a fictional Cotswold village near where I used to live, in the west of the England. Doing so took me back home and away from the sad realities around me.

For we had got a new priest, whom we liked very much. But just as we were getting used to him, he made the unexpected announcement: “I am an alcoholic and am going into rehab.”

Boom! That was it. He was gone.

Were there no good priests left? It is an issue that I also bring up in the book.

If you haven’t read it yet, Brittle Diamonds is permanently free. Here are the links: Amazon US  Amazon UK  Nook iTunes Kobo

Some reviews of Brittle Diamonds

“This is a well-written story. The characters are well-defined and believable. The details about the church and the priesthood were also well-written.”

“Great read. I was ‘hooked’ by page 3. Very interesting and complex character portrayals. Suspenseful until the very end. I could not have predicted the outcome. I was torn between wanting to finish the book so I could find out the ending, yet I didn’t want the literary experience to end. Days after completing the novel, I was still thinking about the characters and actually hoping for a sequel.”

P.S. And if you haven’t subscribed to my readers’ list yet, here’s your opportunity!